A Model for Giving Feedback

One of the most important skills for any leader is the ability to give effective feedback. 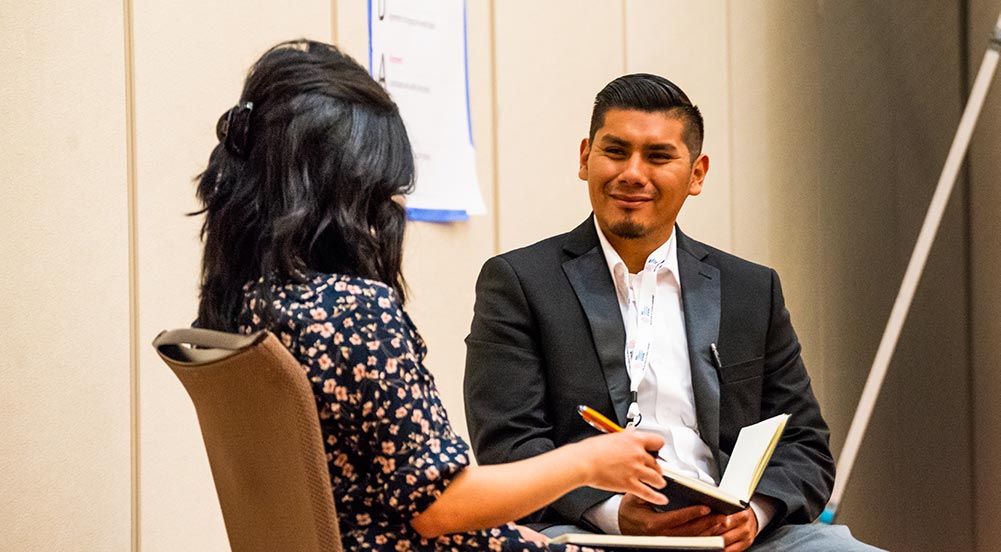 Providing feedback that is focused and relevant empowers people to understand the impact of their behavior and make informed choices regarding their future actions. Effective feedback also helps foster open communication that enables people to work more efficiently together.

Based on years of research and work with corporate, education, government, nonprofit and military leaders, the Center for Creative Leadership has developed a three-step process for delivering effective feedback, called the Situation-Behavior-Impact model, or SBI, for short.

The SBI model works because it is simple and direct. When giving feedback, you capture the situation, describe the behavior you observed, and then explain the impact that the behavior had on you. 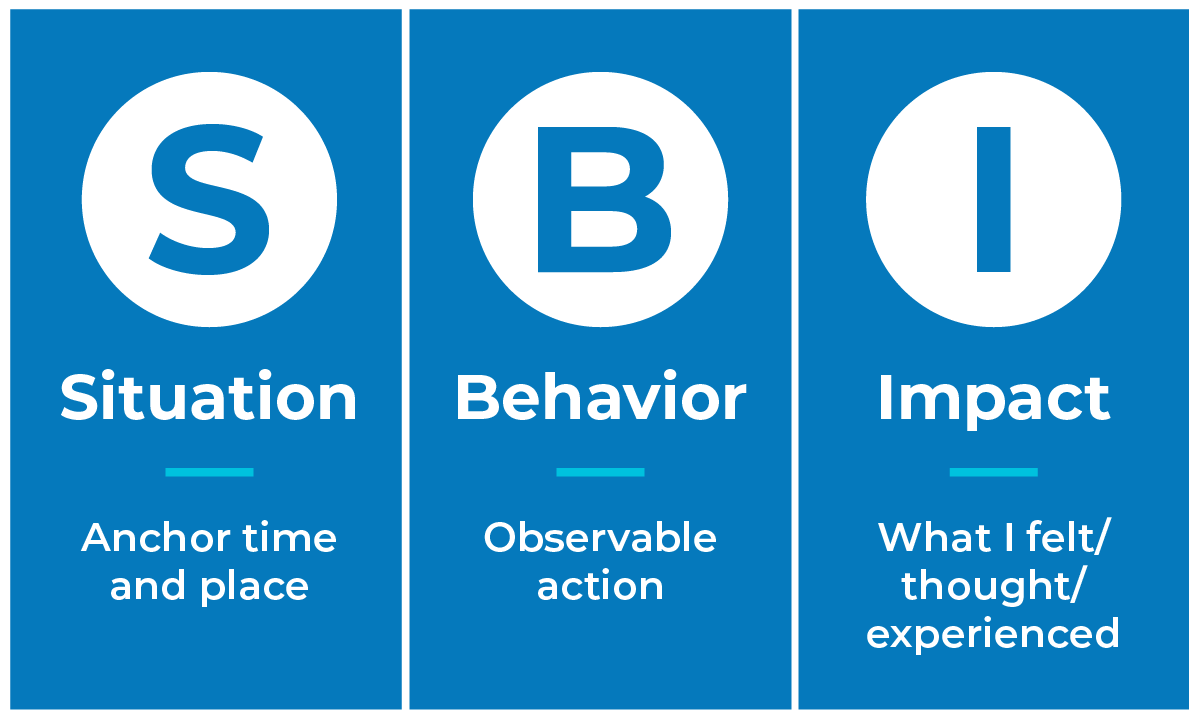 The first step in giving effective feedback is to capture and clarify the specific situation in which the behavior occurred. If you say, “On Tuesday, in the break room with Darryl and Cindy” rather than “A couple days ago at the office with everybody,” you avoid vague comments or exaggerations that can derail feedback opportunities. Describing the location and time of a behavior creates context for your feedback recipients, so they can recall the details of the situation.

Helping a person understand their exact behavior is the most crucial step. Use verbs to describe a person’s actions. A common mistake is characterizing a person, instead of the person’s actions. For example, “You were rude.” Instead of, “You spoke at the same time as another person was talking.” Also avoid interpretations or judgements, such as “You weren’t listening to me.” Instead, describe the specific behavior, “When I was presenting, you pushed your chair away from the table and looked out the window.”

Lastly, explain the impact of the person’s behavior on you and/or on the others who were present. Impact statements are from your perspective, such as “I felt …” or “I experienced …” If you find yourself saying, “You were …” then you’re probably on the wrong track. Acknowledge the emotional effect the person’s behavior had on you. “When you told me in our Tuesday staff meeting that my concerns about proposal deadlines were ‘overblown,’ I felt hurt.” By communicating the personal impact of a behavior, you are sharing a point of view and asking the feedback recipient to view that behavior from your perspective. This kind of sharing helps build trust, which in turn can lead to even more effective feedback as you improve your communication skills.

In addition to the SBI model, you can employ these strategies to improve your effectiveness in delivering feedback: 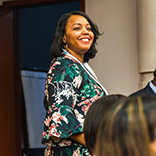